The tangential velocity profile for a real vortex compared to Rankine’s model is shown in Figure 1. 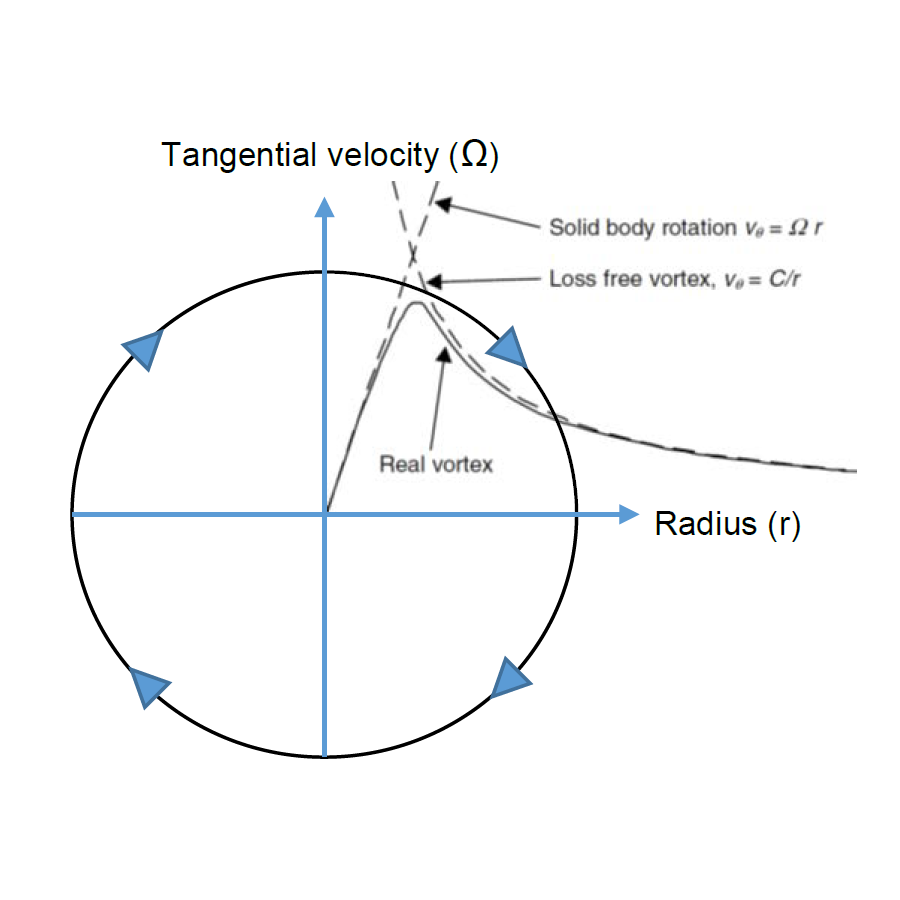 The peak velocity occurs near the outer edge of the vortex core. Rankine’s model has shown to be a good approximation to reality in many cases, however a number of distinct vortex behaviours can arise which are more complex.

Difficulties occur in predicting the behaviour for vortex flows in real fluids when establishing the transition between these two types of motion.

This transition is governed by the fluid viscosity and the viscous-like behaviour of turbulent stresses in the flow. Due to this issue several methods for the identification of inviscid vortices have evolved based on the presence of free- and forced-vortex behaviours (Kolar, 2007).

The most intuitive vortex identification methods are summarised below:

As vortices have an associated pressure drop towards their axis, they may be identified according to a local minimum pressure value. A significant issue relating to the application of this identification method is that the pressure drop is dependent on the scale and magnitude of the vortices, making selecting an appropriate pressure threshold value problematic.

A set of velocity streamlines in a closed tube surrounded by fluid with zero vorticity can be used to locate vortices. This definition only strictly applies to an ideal fluid, but is still useful for identifying vortices in medium to low viscosity fluids.

Identifying local maxima in the vorticity magnitude is one of the most widely and successfully applied methods for characterising vortices.

In the vast majority of industrial flows, including vortex separators, the Reynold’s number will be high indicating a strong tendency to exhibit free vortex behaviour.

In reality, the dominance of forced vortex behaviour is only observed in the vortex core and in lower Reynolds number flows. These areas are typically in the boundary layer region and exist only within a few millimetres from a fixed boundary.

Forced vortex behaviours can also dominate in rotating mechanical systems, such as a rotating outer wall on a cylindrical vessel. 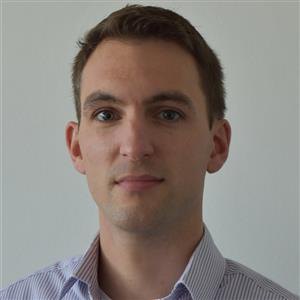