Grit capture and removal from wastewater streams has increasingly become a critical process stage in wastewater treatment, particularly with the advent of advanced treatment processes such as membrane bio-reactors and other high-intensity and high-efficiency processes (e.g. fine bubble diffuser systems) that are subject to fouling and performance degradation if grit and other inert solids are not removed effectively.

Grit has a tendency to accumulate downstream in basins and digester tanks causing operational challenges. Grit systems have traditionally been designed for a capture cut-point of 212-micron inert solids of an assumed specific gravity of 2650 kg/m3 (or relative density of 2.65).

Experience of the operation of traditional grit removal systems has shown that significant carry over of grit occurs at wastewater treatment plants leading to its accumulation in downstream process stages and resulting in operational challenges.

The paper assesses the characteristics of grit observed at a number of wastewater treatment sites in the US and Canada highlighting observed regional variations that may be attributed to local sub-soil characteristics and practices such as winter gritting of roads and highways.

The analysis suggests that to achieve greater than 95 capture of entrained grit, grit removal systems should be designed to a finer target cut point of less than 106 microns. For most sites where no prior grit characterization information is available, a system designed to a 75-micron cut point should ensure adequate and appropriate levels of grit capture.

The paper also reviews a number of case examples of the use of a high-efficiency grit removal system such as the HeadCell® for effective grit capture; highlighting its small footprint advantages and efficacy down to the 75-micron particle size.

It concludes by recommending that there is the need to amend design practice to target grit below the 106 micron cut point to avoid the operational challenges observed at facilities mostly designed on the traditional 212-micron criterion.

Get the technical paper 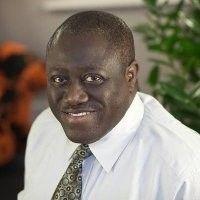