Are Water Companies the “Missing Link” for SuDS Adoption?

The recommendations of the parliamentary Environment, Farming and Rural Affairs (EFRA) committee for a major upheaval of flood risk management in the UK are, perhaps, unlikely to be accepted with enthusiasm by a Government with many other current preoccupations.

Yet the recommendations do send a clear message:  flood risk governance in the UK is unfit for purpose. It is disjointed and fragmented.  While a wholesale reorganisation may seem a bit like rearranging the deckchairs on the Titanic, there are elements of the committee’s far-reaching proposals which are practical and achievable.

Sharpening Water Companies’ teeth and encouraging them to adopt more sustainable drainage system (SuDS) schemes could be an answer to what has become a vicious spiral of delays and policy reviews on SuDS implementation.  A lack of clarity over SuDS maintenance, and uncertainty over which organisations should adopt SuDS, is undoubtedly a major barrier to widespread delivery.

Water Companies’ contribution to Planning for new development would be strengthened under the EFRA proposals by making them statutory consultees on planning applications.  They would take on land drainage responsibilities from local authorities.  The automatic right to connect surface water to the sewer network would be removed – a controversial and long-fought for measure.  Water Companies would also take on responsibilities as a SuDS adoption body.

The enquiry focused on flood prevention, but of course, SuDS are not just tools for flood control, their purpose is also to reduce surface water pollution and improve amenity and biodiversity.  That said, it makes perfect sense for Water Companies to have a more pro-active role in preventing runoff from entering their sewer network.

The EFRA report points out that Water Companies are currently obliged to accept new connections from developers to their sewers.  They have no legal powers to suggest alternative options for locating new developments on the grounds of sewer capacity or flood risk.

The report also acknowledges that housebuilders, in their evidence to the enquiry, stressed that developers have paid £2.6 billion in charges since 1989 for wastewater infrastructure but that the money is not ring-fenced for investment in the network.

Water Companies are in a unique position to drive both upstream and downstream flood alleviation and wider surface water management.  With greater control over what goes into the network, they would be better placed to optimise sewer flows and capacity, preventing flooding and potential environmental pollution.

Greater Water Company involvement would logically encourage more uptake of retrofit SuDS, too, because of a more joined-up urban drainage and sewerage infrastructure.  For sure, Water Companies are already achieving greater dialogue with other agencies in some parts of the country – but a lot more could be done.

During the oral evidence to the enquiry, Dr David Pirie, Executive Director of SEPA (Scottish Environment Protection Agency) praised the Metropolitan Glasgow Strategic Drainage Partnership for taking a joined-up approach to catchment management.  Success is down to collaboration between many organisations, including Scottish Water.  It encompasses a range of upstream and downstream measures notably, the White Cart Flood Alleviation Scheme.

But how would Water Companies, whose first responsibilities are to customers and shareholders, be resourced and rewarded for land drainage responsibilities?  I don’t believe the challenge is insurmountable.  The move to commercial and domestic competition should provide opportunities.  At the same time new models to ‘monetise’ the benefits of wider catchment management for organisations and businesses can be explored. 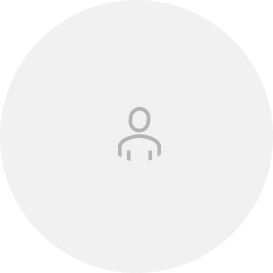